Beside interviews and “making of scenes”, you will find performances of anthems like “St Elmo´s Fire”or “Hold The Line” new arrenged for an acoustic set up. What a combination of musicians ! A once in a lifetime line up.

The excellent track ‘Naughty Naughty’ was John Parr’s first major U.S. Top 40 hit record in the USA. 1985 he toured with his Band The Business as support act of TOTO. At the end of this tour, producer David Foster offered him to score the main title song for the film

St. Elmo’s Fire. This catchy Rock-song was a worldwide chartbuster and John got honored with a Grammy-Nomination.

John Parr also wrote “Under the Raging Moon” for Rodger Daltrey and worked as a producer with Marilyn Martin,  Meat Loaf or Tom Jones He wrote songs for several blockbuster movies, such as “The Minute I Saw You”  (Three Men and a Baby soundtrack), “Restless Heart” (Running Man Soundtrack). He shared stage with some of the biggest names in the music business, such as Tina Turner, Bryan Adams, Toto, Heart, Foreigner, Bonnie Tyler, Richard Marx or Journey. John is about to release a news tudio album. 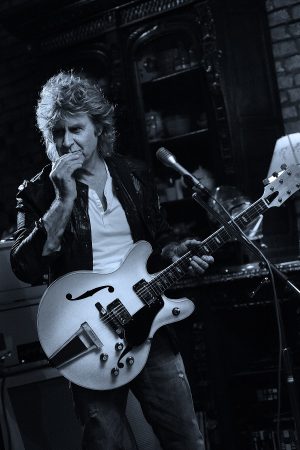 Robert “Bobby” Troy Kimball was the singer and founding member of the US-Rock band TOTO.

Until now he has won 6 Grammys and sold approximately 30 million albums. 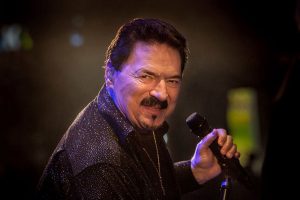 Herman ‘ze German’ Rarebell joined Heavy Metal giants The Scorpions in 1977 and went on to write many of their most popular hits, including, “Rock You Like a Hurricane”, “Blackout” or “Winds of Change”. He’s active with band mates like Michael Schenker and also with his own band. He is one of the most important names in the rise of Hard Rock. 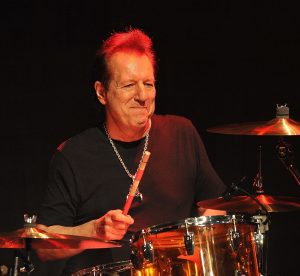 One of Spain’s leading flamenco guitarists-composers of this generation, award-winning Jose Antonio Rodriguez has a dazzling and highly versatile career.

In his 20s, Jose Antonio became the youngest flamenco guitar professor at the Conservatory of Music in Cordoba, and his impressive skills got him to compose music for orchestra, ballet, TV and films.

During the 90’s, Rodriguez was featured in Carlos Saura’s film “Flamenco”, and recorded guitar on countless multi-awarded international hits including “Macarena” by Los Del Rio.

In 2003, he recorded guitar on Alejandro Sanz’ mega hit “No Es Lo Mismo” and in 2004, he toured as a special guest for the international superstar. In 2018, he moved to Los Angeles. 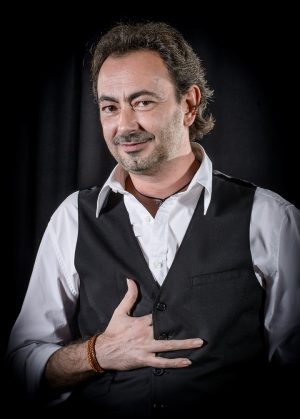 is the only flamenco guitarist in the world chosen twice by the legendary Manolo Sanlúcar to receive “La Beca del Curso, La forma y naturaleza de la guitarra flamenca” and is the only guitarist from the United States ever chosen for this scholarship.

South America as Cultural Ambassadors of the U.S. Department of State.

He is Professor of Music and head of the Studio Guitar area (Classical, Flamenco, Jazz, Commercial Music) in the Department of Music at California State University, Fresno

where he was appointed in 2006, and previously served as Lecturer since 2003 with flamenco luminary Juan Serrano. 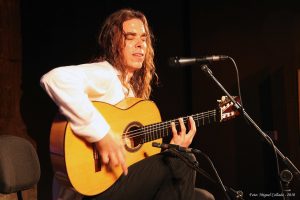 Further on we have the following musicians joining in for this session: